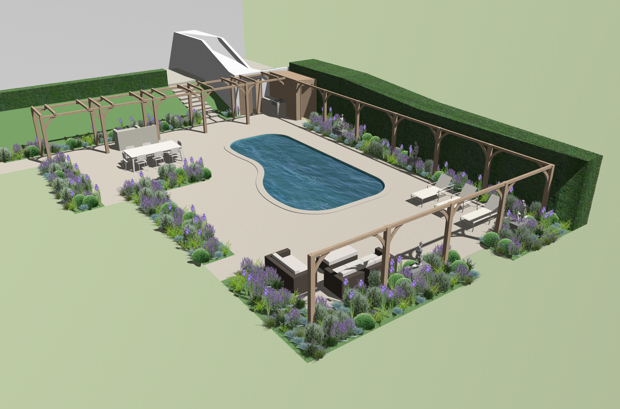 An existing swimming pool terrace was encased in a PVC poolhouse. The client wanted this removed due to it being an eyesore. We were brought in to work closely with the clients. They had a clear idea of what they wanted to achieve in the Pool Terrace redesign.  The redesign looked at how the new pool terrace would sit within the existing garden design.  As well as creating areas for different use.

A planting plan was produced for around the pool terrace. A palette of soft blues and box balls were used. Euphorbia and Digitalis were incorporated to pick up on existing planting in a nearby rockery.  The bespoke pergola was replicated from an existing pergola closer to the house. The plant choices had to be mindful of a rabbit problem.